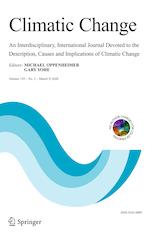 As climate change’s risks have grown and limits to primary responses become evident, solar geoengineering (or solar radiation modification) has risen in prominence as a potential complementary response. Widespread calls for expanded research have raised objections, based on anticipated links to potential future deployment and potentially harmful interactions with other climate responses. The unique concerns raised by solar geoengineering may warrant governing associated research with more care or scrutiny than other areas, but states have not engaged the issue. Given this, we analyze the potential for nonstate actors to provide governance functions needed to enable, control, and legitimate near-term, small-scale solar geoengineering research. Drawing on the theory of regulatory processes and nonstate actors as well as evidence from other issue areas, we describe six types of nonstate actors in terms of their capacity, knowledge, and interests relevant to governing solar geoengineering research: researchers themselves, the universities or other institutions that employ them, funders, academic publishers, professional societies, and advocacy nongovernmental organizations. We conclude that suitably configured collaborations among these actors can meet the additional governance needs of near-term solar geoengineering research. We consider potential limitations to nonstate governance related to legitimacy, effectiveness, and capture, and conclude that these are not severe under present conditions, but could become stronger if research grows toward deployment. Nonstate governance may even be preferable to state regulation of small-scale scientific activities, offering more flexible early exploration of options with the possibility of later transition into more state-led and legalized governance arrangements.