The Governance of Solar Climate Engineering: Managing Climate Change in the Anthropocene 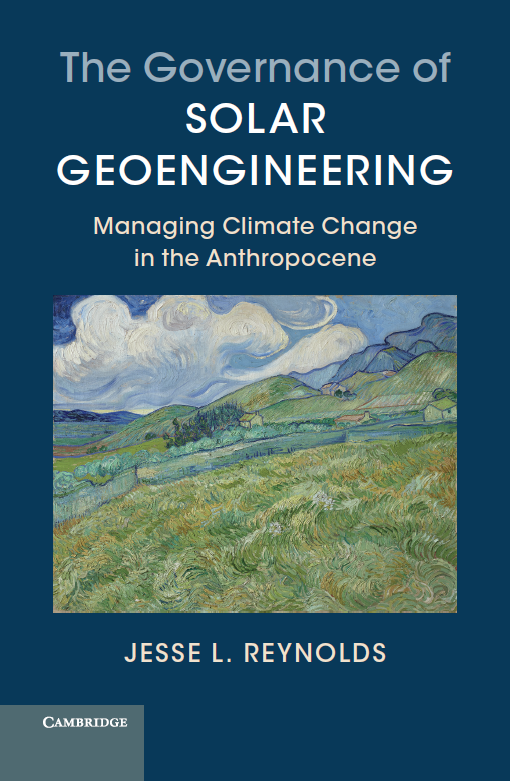 Climate change is among the world’s most important problems, and solutions based on emission cuts or adapting to new climates remain elusive. One set of proposals receiving increasing attention among scientists and policymakers is “solar geoengineering,” (also known as solar radiation modification) which would reflect a small portion of incoming sunlight to reduce climate change. Evidence indicates that this could be effective, inexpensive, and technologically feasible, but it poses environmental risks and social challenges. Governance will thus be crucial. In The Governance of Solar Geoengineering, Jesse Reynolds draws on law, political science, and economics to show how solar geoengineering is, could, and should be governed. The book considers states’ incentives and behavior, international and national law, intellectual property, compensation for possible harm, and nonstate governance. It also recommends how solar geoengineering could be responsibly researched, developed, and – if appropriate – used in ways that would improve human well-being and ensure sustainability.

For more information, see my page on the book.